Impressive, majestic, imposing… These are the terms used to describe the Château de Vitré, a true medieval masterpiece. Its singular silhouette, perched on a schist promontory, dominates the city from the top of its majestic towers and turrets. Surprise and wonder guaranteed.

The year XNUMX: foundation of the Château de Vitré

In the Middle Ages, Vitré enjoyed a strategic location at the gates of the Duchy of Brittany to protect itself from neighboring principalities, Normandy, Maine and Anjou. At the beginning of the 1060th century, a feudal motte stood on the site of the current Sainte-Croix church. In the 1070's-XNUMX's, Robert XNUMXst built a first stone castle on the current rocky promontory. The Romanesque portal of this first fortress is still visible in the courtyard of the castle.

From defensive castle to residential castle

During the first half of the XNUMXth century, André III, Baron de Vitré, began building the current fortress around the first castle on a triangular plan, flanked by circular towers at each corner and semi-circular towers on the curtain walls. The defensive function of the castle is thus reinforced. Fortified over time, it will be endowed with all the characteristics of a fortified castle: machicolation, drawbridge, walkway, gun archers ... Two centuries later (late XNUMXth-early XNUMXth century), the building of the entrance châtelet and the elevation of the Saint-Laurent tower and the Madeleine tower give the fortress the silhouette it still has today.

During the XNUMXth century, the defensive fortress gradually gave way to a stately residence very comfortable. Jeanne de Laval-Châtillon, wife of Guy XII, even had an oven room made… to practice the sauna! The embellishments will be continued by Guy XV who in particular adjoins the reconstructed north-west dwelling with open galleries on the ground floor to facilitate movement in the fortress. During the first half of the XNUMXth century, the Oratory tower was adorned with a very beautiful Renaissance-style aedicule which served as an apse for the seigneurial chapel.

The castle of Vitré today

Finally, in 1872, the Château de Vitré was one of the first buildings to be classified Historical Monument. From that date, it benefited from several restoration campaigns before experiencing a new lease of life with the opening in 1877 of the Castle Museum. The latter now offers a route through the Saint-Laurent tower, the Argenterie tower and the Oratory tower with eight rooms that will transport you from the XNUMXth to the XNUMXth century among statues, furniture, clothing and portraits. At the beginning of the XNUMXth century, the town hall of Vitré settled in a neo-Gothic style building restoring the old stately home of the XNUMXth century.

In your turn, let yourself be enchanted by the Château de Vitré and its silhouette that seems to come straight out of a fairy tale. This fortress is rediscovered at nightfall during the night tour Vitré Lights, superbly illuminated, haloed with magic.

Tips: the best points of view to photograph the Château de Vitré

- Since the castle square : to be impressed by his greatness
- Since the station footbridge : to enjoy a view encompassing the castle and the roofs of the historic center
- Since the Lavandières' meadow : for a unique low angle view of the castle, the Madeleine tower and the Montafilant tower

Also to do: prolong the pleasure having a drink on the castle square or in the surrounding streets in the historic center.

Visits to the Château de Vitré

Guided tours during the February holidays

If you are an outing organizer groups, contact our group service : we will be happy to inform you. 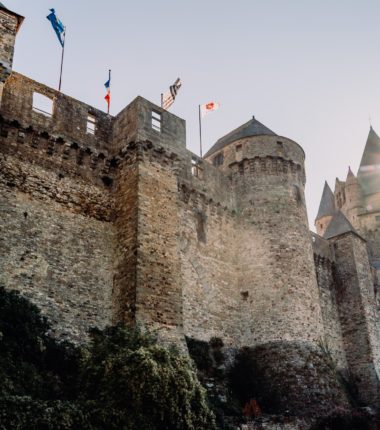 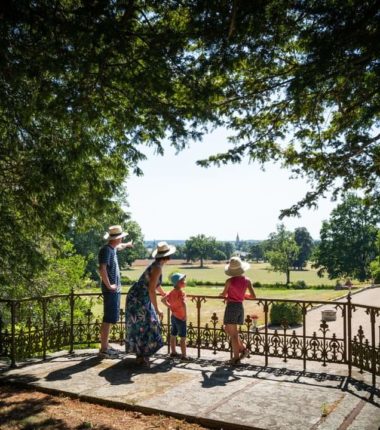